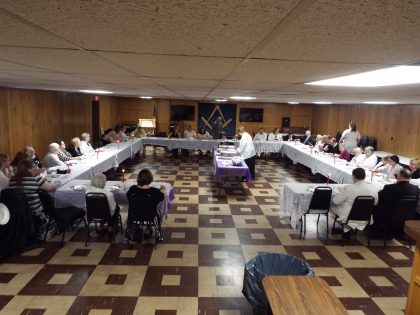 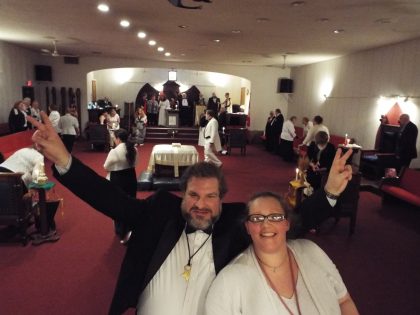 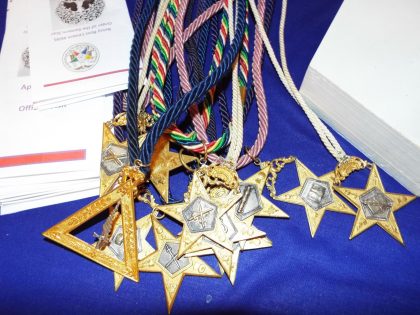 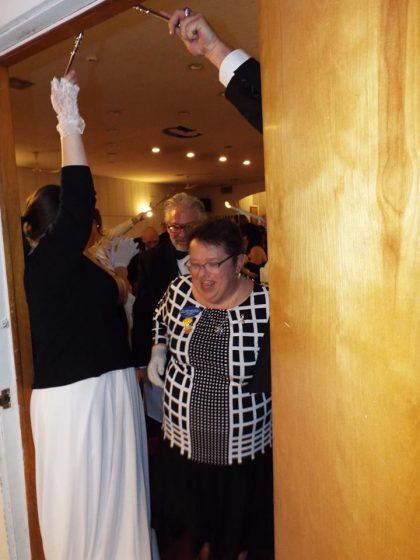 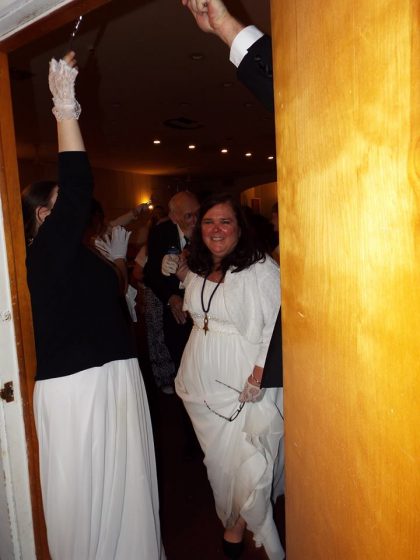 BRL had it’s official visit last night on April 6th and like all things BRl they pushed the envelope and celebrated OES in a different way. The Matron and Patron started the night with a Table Chapter, similar to their Masonic Counterparts and had the Chapter doing ritual from the late 1800s and wearing jewels from the 1920s. Celebrating and exploring the whole depth of OES Ritual history.

Dinner was served by candlelight in the round (or in our case a square). Members wear black and white as was the custom back in the late 1800s when OES was founded. There was a cookie ceremony where each point of the star was eaten in honor of one of our heroines.

In the old days, meetings ran around two hours, so there was an intermission in the middle so women could attend to their children. We had an intermission where we were to cross the room and share 1 fact that we knew about Eastern Star and then we could socialize.

The jewels that the Chapter wore that night were from the 1920s, older that most of their members. But how appropriate to be able to wear them on a night where the Chapter celebrated its roots.

WM Stephine Strock and WP Micheal E. Strock are to be commended for their efforts to not only explore Masonic history but to preserve and share it with the larger community.

One thing is for sure this is no longer your Grandma’s OES! Get out there and see all the wonderful work from our Brothers and Sisters.