Freemasonry is mankind’s oldest fraternity, and can be found throughout the world. It is a system of morality and improving one’s character, focused on tradition, ritual, education, charity, and fellowship. Within the “Family of Freemasonry” are opportunities for men, women, and youth, as well as organizations and activities for socializing and community service.

It’s symbolism is derived from its historical origins of the “operative” guilds of stone masons, and was influenced by and has in turn influenced a diversity of cultures and esoteric schools. A “secret society” in plain sight, the mysteries of Freemasonry are not about treasures and intrigues of power, but confidences between brothers, and ways Masons can recognize and trust one another, both in their own communities and wherever they travel.

From presidents to entertainers to astronauts, Freemasons (or “Masons”) have come from every walk of life and made a profound mark on the world. Masons were instrumental in the American Revolution, the development of the Declaration of Independence and the Bill of Rights, and were founders of the Royal Society, the very origin of Western Science. Today, Masonry is known for children’s hospitals, scholarships, medical research, and disaster relief, to name but a few of many efforts to make the world a better place and come to the aid of our fellow Man.

At its heart, there are only three degrees of initiation, and upon receiving all three, a Mason is recognized as equals with all other Masons, regardless of rank or station in life. These degrees are given in the basic working place of Masonry — a “Blue Lodge” in your community. All Masons belong to at least one such lodge, and lodges are part of a “Grand Lodge”, such as the Grand Lodge of the State of New York. Each Grand Lodge is sovereign unto itself, and though they may work together, there is no central, global authority in Masonry.

Once you are a “Master Mason” (having received the third degree), a world of other opportunity awaits, such as membership in the Shrine, Grotto, or other social-philanthropic groups. There are also opportunities for study, such as belonging or affiliating with a “[[Research Lodge|Lodge of Research]]”. Other “higher degrees” can be received in other Masonic bodies (such as the “York Rite” and the “Scottish Rite”), but do not form any sort of hierarchy, only life lessons through additional ritual experiences. 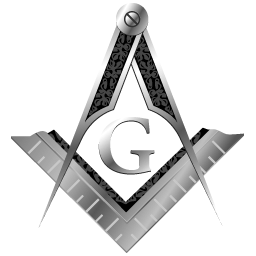 For men to petition a lodge for membership, they must be of lawful age (currently 21) and of good reputation. A belief in a supreme being is required — though Masonry can be described as “religious” in some of its symbols, rituals, and stories, it is not a religion and members of all Faiths are welcome, as are people of all ethnicities and political affiliations. Masonry is a means for people of all walks of life and beliefs to meet “on the level” of equality, and share in the work of bettering themselves and the world.

Women’s organizations and youth groups have their own requirements, but share in the basic tenets of Freemasonry — integrity, tolerance, and charity.

To inquire about petitioning a lodge near you, please contact us.